Sheltered And Nurtured By Love


Sisters at our Mother House in Cincinnati (and those who live close by like me) recently had the wonderful blessing of witnessing a beautiful manifestation of Spring before our eyes. A robin laid her eggs on the ledge right outside of one of the windows on the second floor of the building and sisters and visitors watched each day as the robin sat on her eggs until they hatched. When she picked the location of her nest, the poor robin probably didn't realize how much attention she and her babies would get as "visitors" came and went to check out the babies' progress. When sisters and guests peered at the baby birds, mother robin would often fly to a tree branch, but she would never go too far. Here is a series of pictures showing the newly hatched chicks and their growth over a period of approximately two weeks. I didn't discover them until three of the four eggs already hatched so there are no egg pictures. One egg failed but all three surviving siblings did very well.

As I reflected on this beautiful witness of new life after a cold dreary winter, I can't help but make an analogy between the mother robin and God. There are times in our life when we experience "shocks to our system." It was a certain shock to the system for those birds to be out of their shell and unable to move or fly on their own while in the nest. They were exposed to the elements and were totally dependent on their mother for survival. I saw how that mother robin kept a close watch on her young ones. They were noticeably bigger each time I stopped by to take a peak and I knew they were not wanting in anything whether it was food or the protection of their mother's body against the cold of those stormy evenings.

I am even more strongly convinced now, as I near the end of my time in novitiate, that God has been like this mother robin who so lovingly held me in the safety of her love as she nourished and fed my soul each day. In a way, it was a shock to the system to be in novitiate, unable to move and fly but waking up to self-knowledge and awareness. But somehow, I was given the assurance that all shall be well because my mother was always there, watching, caring, and loving me through it all.

Posted by Future of Charity at 7:00 PM No comments:

Last week I finished my first year of doctoral studies in theology at the University of Dayton.  My brain is tired, but in spite of this, I still find my days rich with new intellectual and theological material.  Next year I will be teaching an introductory Religious Studies class at the university.  The opportunity to teach was one of the main reasons I found UD to be an attractive program.  In our department’s case, UD does a great job preparing us to teach from the discipline in which we are being trained.

Yesterday I attended a workshop at the Dayton Woman’s Club hosted by the Humanities Commons program here.  The program aims to help students inquire deeply into the question of what it means to be human.  The inquiry is carried out in an enriched cross-disciplinary setting which is why a large number of professors from varied disciplines were gathered at the workshop.

We used our time together to discuss the 2018 program whose theme varies from year to year.  This year the Humanities Commons will base its inquiry in the classic Bram Stoker novel, Dracula, and in a Dayton Ballet performance called Dracula: Bloodlines.  Both the novel and the ballet will be a reference point throughout the year for classroom learning about issues of power and vulnerability.  Workshop attendees were asked to think about how the theme of 2018-19 might find its way into lesson plans when the students return in August.

So I am thinking about Dracula, and about power and vulnerability. 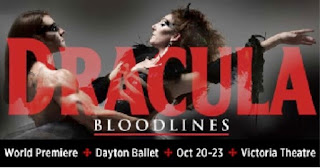 And one of the handouts we received noted that “power need not be oppressive…and vulnerability need not be weakness.”  And that got me thinking about the authentic human reality, the ideal human life, in other words, that can be found in the dialectic between power and vulnerability.

Maybe a first assignment could be something like this: Write a rich description of the ideal that lives between the power and vulnerability present in each of the following situations?  How do the actors in these excerpts reconcile vulnerability and power such that he or she better understands what it means to be human? 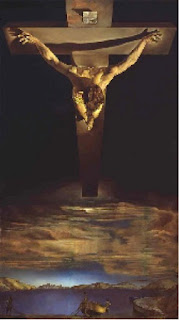 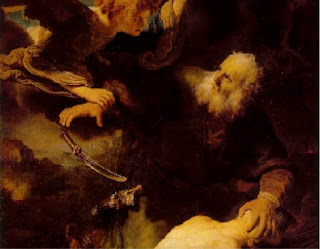 “On August 26, 1832, a request was made that four of the [African American Oblate] sisters might nurse the indigent sick with cholera, a disease that had reached epidemic proportions [in Baltimore]….When [Father Joubert] asked for volunteers, all stood up.[2]  [He] chose the four to go, one of whom had not yet made vows.”[3]

At some point after 1843 this same community was told by the Archbishop of Baltimore, Samuel Eccleston, that “there was no need for black religious and that they might do well to disband and become domestics.”[4]  Their community was saved from this fate by a caring German Redemptorist, Thaddeus Anwander, who pastored them under the tutelage of St. John Neumann.

Excerpted from The History of Black Catholics in the United States, by Cyprian Davis, OSB 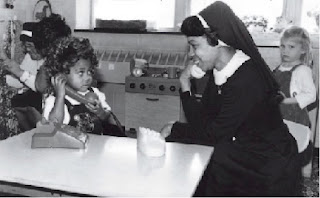 “Facing a firing squad is a pretty good test, I guess, of your theology of death.  I didn’t exactly pass the test with flying colors…The first thought I actually remember thinking was a question:  ‘Is this the end, Lord?’  I know I started the act of contrition, but I remember the sensation of realizing that another part of me could not understand the words I was mumbling.
I suspect that most of my panic…was due to such animal instinct in the face of a sudden and totally unexpected physical danger…For the thought of death itself does not terrify me.  The good news of Christianity is…that death has no hidden terror.  Christ’s…death and resurrection [was] the central act of salvation.”[5]

Excerpted from He Leadeth Me: An Extraordinary Testament of Faith, by Walter Ciszek, SJ 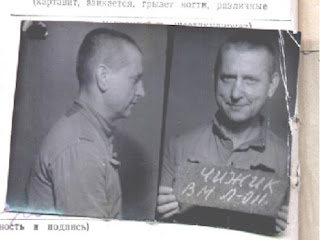